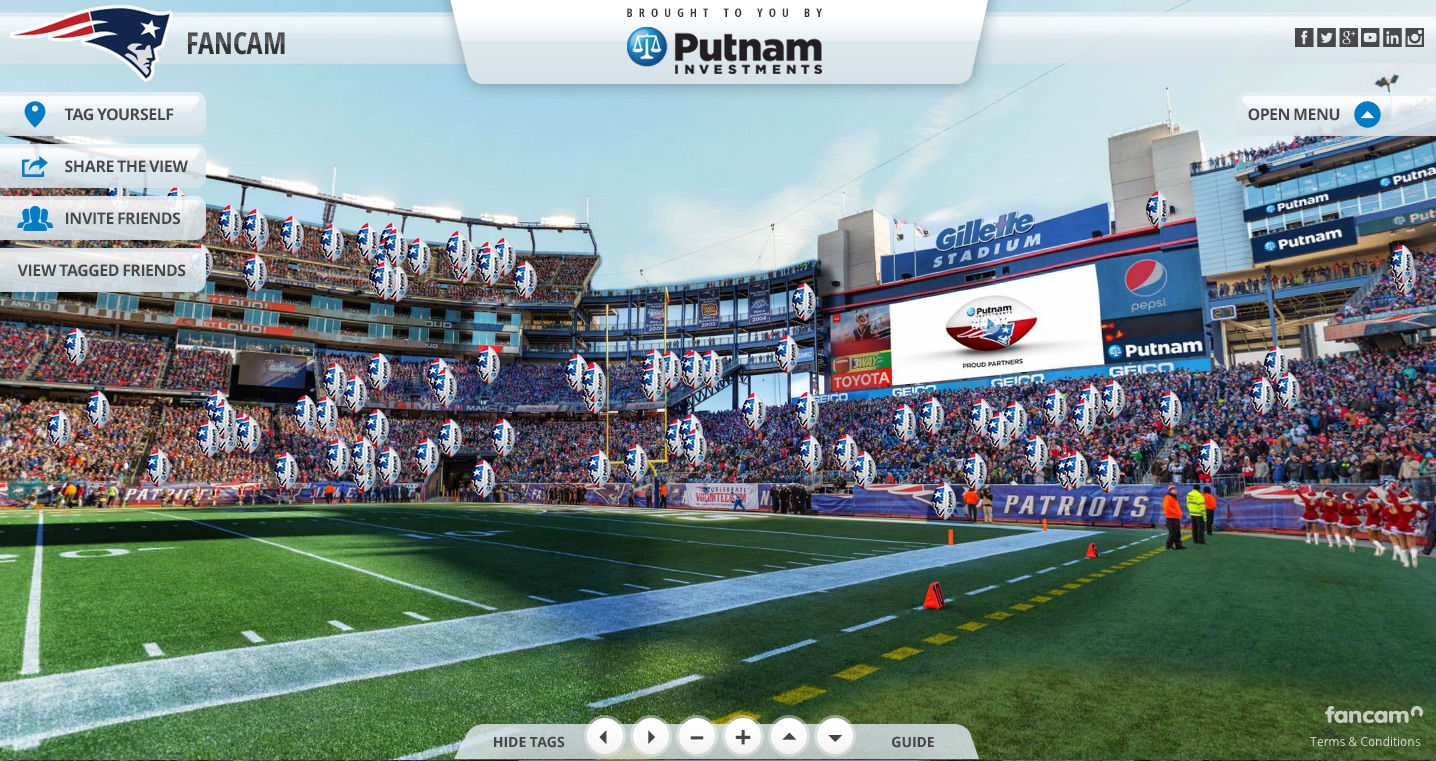 By Tinus Le RouxSeptember 3, 2015September 7th, 2017News
No Comments
We’re excited to announce that Fancam will be capturing every single 2015 home game of the New England Patriots for Putnam Investments. Mark McKenna, head of global marketing at Putnam Investments, explains how they came to their decision:

“Building upon the success of our one-game sponsorship of Patriots Fancam last season, we have decided to make this unique engagement experience available throughout the 2015 season for Patriots Nation at Gillette Stadium.”

“This is a big deal for us,” says Fancam CEO Tinus le Roux. “Ironically one of our challenges at Fancam has been to get brands to look beyond the coolness factor associated with our product. While a 30 000 megapixel zoomable image is undoubtedly cool, the real value of Fancam lies in the fact that we consistently deliver better ROI than any other fan engagement medium out there. “The Putnam deal is a great example of an intelligent and nimble client identifying a massive opportunity – and taking it. “Putnam Investments has essentially ensured that they will own the definitive Patriots fan image every single time the team runs out in Boston. They will dominate post event share of voice, give fans something that they appreciate and enjoy and by doing so, empower those fans to share the Putnam brand through their own social streams. Everybody wins. It’s as simple as that.” Putnam has already started seeing a return on their investment, even before the first picture has been taken, with local media picking up the story immediately.