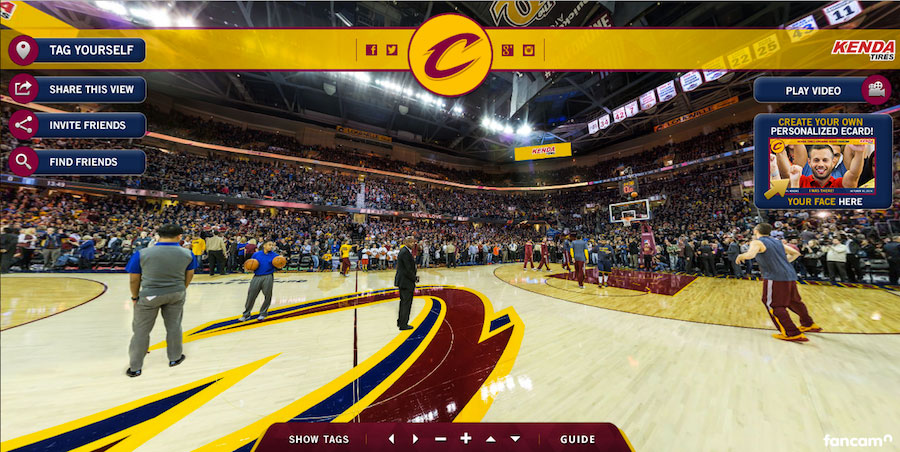 By Tinus Le RouxNovember 18, 2014March 12th, 2015Company news, featured
No Comments
On October 30th the Cleveland Cavaliers hosted probably the most significant home opener in recent NBA history. The return of Akron’s prodigal son, Lebron James, saw Cleveland pull out all the stops and the stars descended on Quicken Loans Arena in a frenzy of anticipation. While Spike Lee, Usher and Justin Bieber simply had to jump in their jets and turn up on the night, the stars of the marketing world started their preparation months ago… on the day The King announced his return. Given the historic nature of the event, it’s fascinating to see how brands used the opportunity to engage with fans and connect themselves (expertly) to the story of Lebron and the people of Cleveland. Let’s have a look at a few of the campaigns:

Nike once again proved why they are one of the most intelligent and valuable brands in the world. An extremely clever commercial builds on the story of the Cleveland community’s “togetherness”, tying Lebron right into the centre of it all. It pulls all the right emotional strings and manages to enhance the story in such a way that it allows them to be positioned as the tellers (owners) of it. Very, very smart.

With a timeous release two weeks before the Opening Game, this moving Sprite commercial speaks to the passion and excitement surrounding James’s return – all the while reminding the viewers where their “thirst comes from”. It’s a clever and authentic twist that once again allows a brand to attach itself to telling a story, instead of simply promoting a product.

Fancam was also there, courtesy of Kenda Tires. The Cavs promoted it before and after the game and fans arrived in their thousands to explore the Arena on this special night. The Fancam provides a 360 degree view from centre court minutes before tip-off and even caught a few celebs in attendance. Click here to view the Kenda Tires Fancam.

We’ve seen 3D floor projections before, but this one was 100% on message and perfect as a hype up for those in attendance. Also, just really really cool. All in all, it was a wonderful night in Cleveland. The Opening Game showcased the best in class of fan centric marketing and despite the actual game score, Cleveland’s home opener was a great success on many levels.