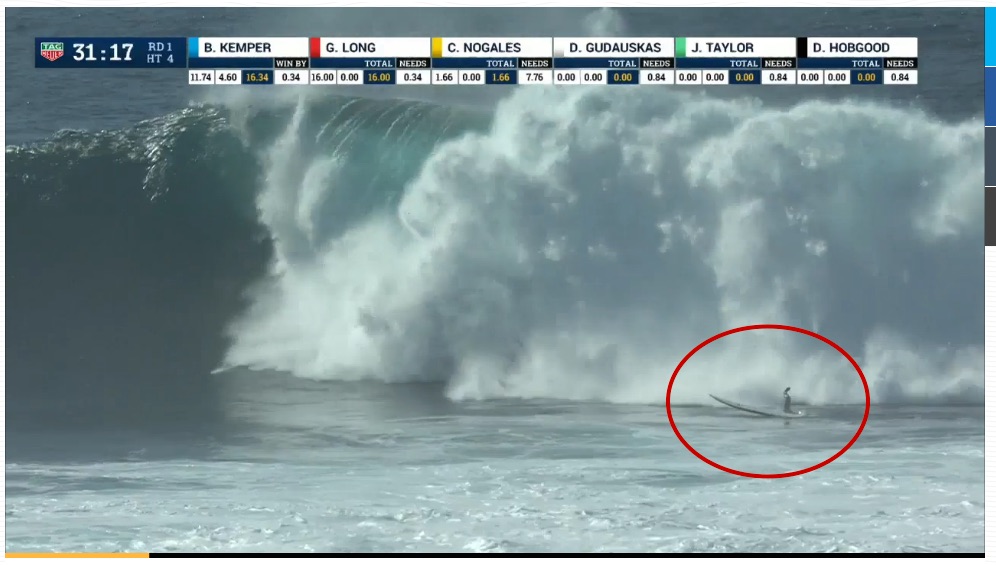 What a massive wipeout tells you about Fancam

By Tinus Le RouxJanuary 18, 2016October 6th, 2022Company news
No Comments
In-house photographic genius and Fancam co-founder, James Taylor, participated in his first Big Wave Tour event this weekend. James being James, decided to charge the biggest set of the morning and got annihilated in the process.

Watch the video of the incident here While a business blog is usually not the place for too much personal sharing, the fact of the matter is that Fancam is its people and James’s approach to life and adversity is also reflected in the culture of our company. Understanding this moment can give clients some insight into why and how we do things here – and this is why we decided to share the story. So, let’s add some context to this wipeout: 1) James is not a pro surfer Unlike many of the other competitors, James has a day job. In fact his day job is also a night job. While other competitors were sleeping on the morning of the event, James was busy adding new Fancam servers via his mobile connection to make sure we can handle the traffic expected from the NFL playoff Fancams. While that’s not particularly hard work in itself, keep in mind that he is a qualified mechanical engineer who invented a photographic technique that created a new medium in event-related content, that every photographer that captures a Fancam was trained by James and that he spent October and November in a hotel room in New York while working on a project with Madison Square Garden and other venues. All, while his competitors were practicing. 2) James is a South African This of course is a competitive advantage in many ways (toughness & adaptability), but not when it comes to travel. This particular event took place on Sunday morning on an island off the Mexican coast. Competitors were given notice that it would go ahead on Friday morning (PST). It was 7pm in Cape Town when the confirmation call came through, James was on a flight to London by 8:20pm and it required 30 hours of travel to get to the event. 3) James understands the consequences So, with that bit of context, the picture of a surfer getting mauled by a big wave in Mexico, becomes a picture of triumph. It’s a 39 year old guy with a highly demanding day job, who travelled around the world the day before, to compete against pro athletes, despite having broken his back a few years before, charging the biggest set of the morning. He gets smashed, but paddles back with a smile on his face and takes 2 more monsters with exactly the same attitude. No wonder the commentators proclaimed “this dude is heavy in every sense of the word”. Thank you James for always inspiring us to be better, to go harder and to never ever quit and thank you for making sure these characteristics are also engrained in the Fancam culture.