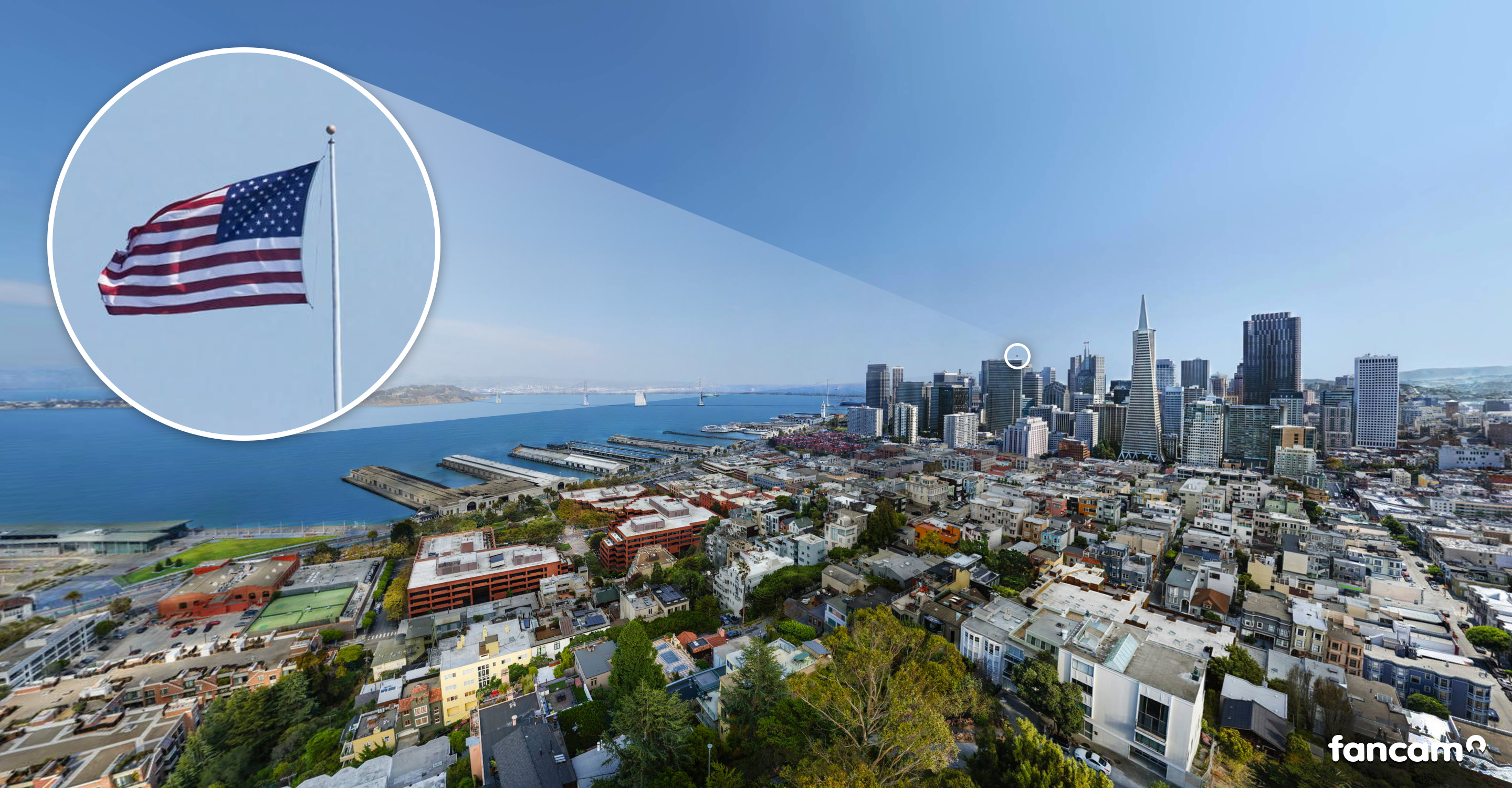 By Tinus Le RouxJanuary 28, 2016October 6th, 2022Citycams, Events, featured
No Comments
With the NFL Playoffs over and everyone looking toward the big game in San Francisco, FanCam is collaborating with Bud Light to create an innovative new way for football fans to experience the Super Bowl 50 host city: Bud Light CityCam. Beginning today, users can zoom around the Bay Area in never-before-seen detail and, as an added bonus, preview all of the locations where Bud Light will be hosting fan activities (which will update with additional detail and imagery throughout Super Bowl weekend).

Bud Light CityCam is more than six months in the making. It took a full day for the FanCam team to capture thousands of individual high-resolution pictures of San Francisco and then another five months to digitally ‘stitch’ them into one massive 360º image. The end result is a spherical look at the Bay Area that allows users to zoom into a level that is not possible on any other picture in existence. Bud Light CityCam image facts:

Branded fan activity spaces featured on Bud Light CityCam include Bud Light at Union Square, Bud Light Hotel, Super Bowl City and NFL Experience. Hidden throughout the image – and throughout San Francisco – for fans to discover are 10 oversized Bud Light Super Bowl 50 cans. The only added element on the image not true to real life is an interactive Bud Light billboard that, when clicked, features the brand’s Super Bowl 50 commercial. Super Bowl 50 is not the first collaboration between Bud Light and FanCam. The brands initially joined forces to deploy the image technology at a Denver Broncos game in late November. The fan reaction was so positive that the project was extended to capture all remaining Broncos home games, including the recent AFC Championship Game. Those images can be viewed at http://broncos.fancam.com. “While our usual focus is very much on fans attending events, the Super Bowl comes to a city as much as it comes to a stadium so the idea behind the CityCam was to create something that all San Franciscans would enjoy,” said Tinus le Roux, CEO of Fancam.